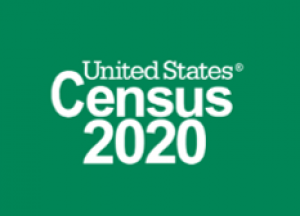 Dear brothers and sisters,
Faithful children of the Diocese of Eastern America
and our Most Holy Serbian Orthodox Church,

We kindly remind You, once again, if you have not yet responded to the 2020 U.S. Census, you can do so at the following link https://my2020census.gov/. The deadline to respond to the census has been extended to October 31, 2020.

Every 10 years, a population census is conducted in America that records and collects data from all persons in the United States belonging to different religious and ethnic groups. In the last census exactly one decade ago, there were 178,000 Serbs, which we think is a far smaller number than we really are here. In order to preserve our identities, our religion, culture and customs, we must adhere to our Serbian community and show how many of us are here and to show the real number of the Serb population because the more we are, the greater our rights in this country where we reside.

Help us gain rights in Congress, make our voice heard and influence the districts we live in. Provide your children and their children with better education, better and better living conditions in the districts and states in which we reside. The distribution of the federal and state budget, which is allocated to communities according to population data and allocated to schools, public institutions, hospitals and benefits for infrastructure improvement, also depends on the population. Census results play a crucial role in the US government's allocation of funds and funds to all communities and ethnic groups. That is why it is important to show how many of us are there and to show that the Serbian community deserves the same minority rights as other ethnic communities in America.

Therefore, in our paternal concern, we appeal to all our people in the Diocese of Eastern America to fill out a form and declare themselves Serbs, and as such on behalf of all of us in the United States of America. Do not miss this opportunity that occurs once every ten years.

Who? - It is crucial that you list each household member regardless of age and residence status in America (children, babies, grandmothers, blankets, citizens, non-citizens) and enter "Serbian" in the origin field for each family member.

Connect with us today! We value your thoughts and opinions.